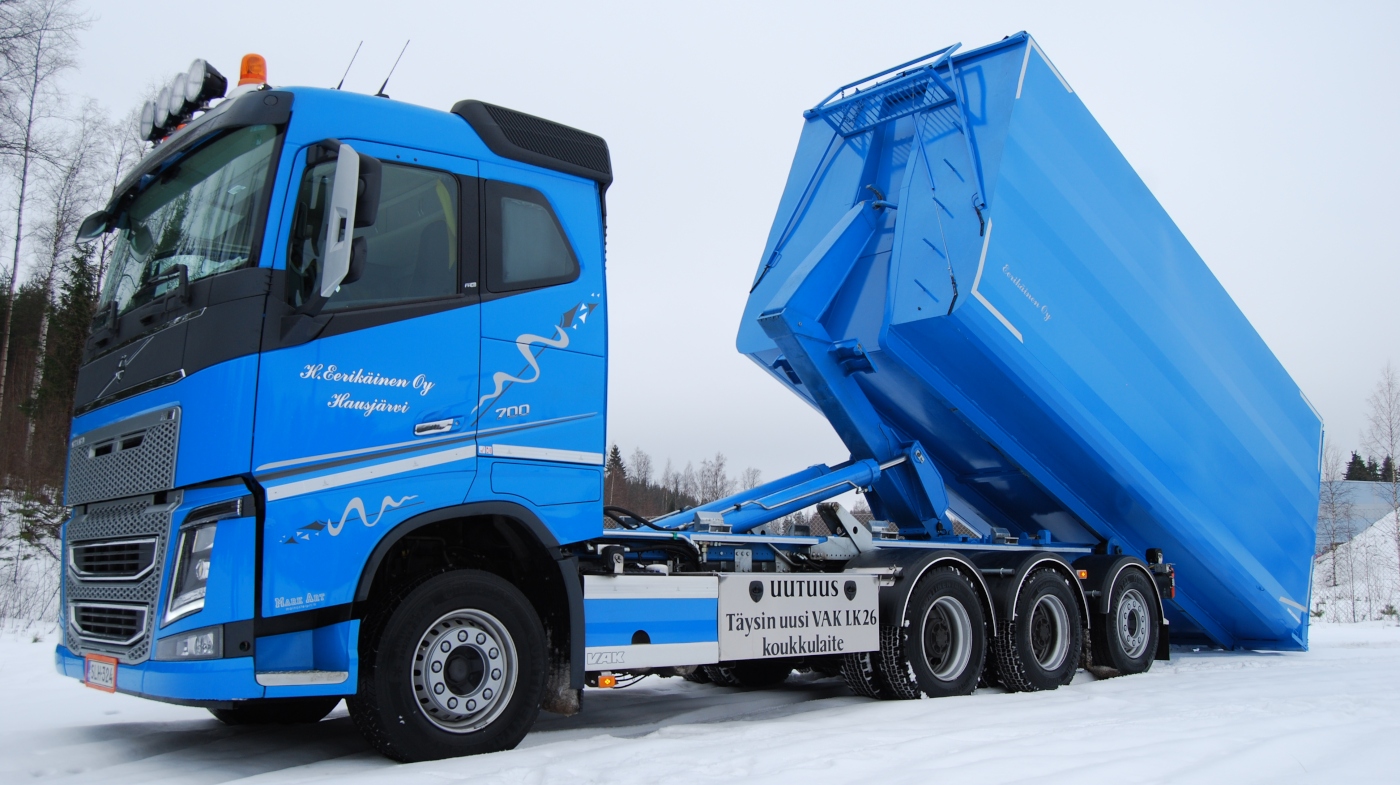 The hydraulic tubes and valves are constructed to enable the free flow of large amounts of oil. The oil container is located behind the cab and it has a place for the hooklift's boom. This enables the installation of the device close to the cab and the distribution of gross weight is optimized.

VAK delivers hooklifts mounted on vehicles in all gross weight classes. We manufacture and install hooklifts by special order as well.

"VAK's new LK-series hooklifts are definately constructed and manufactured according to the users' needs. This is a strong and reliable device that is guaranteed to work!"
Heikki Eerikäinen, Eerikäinen Transport 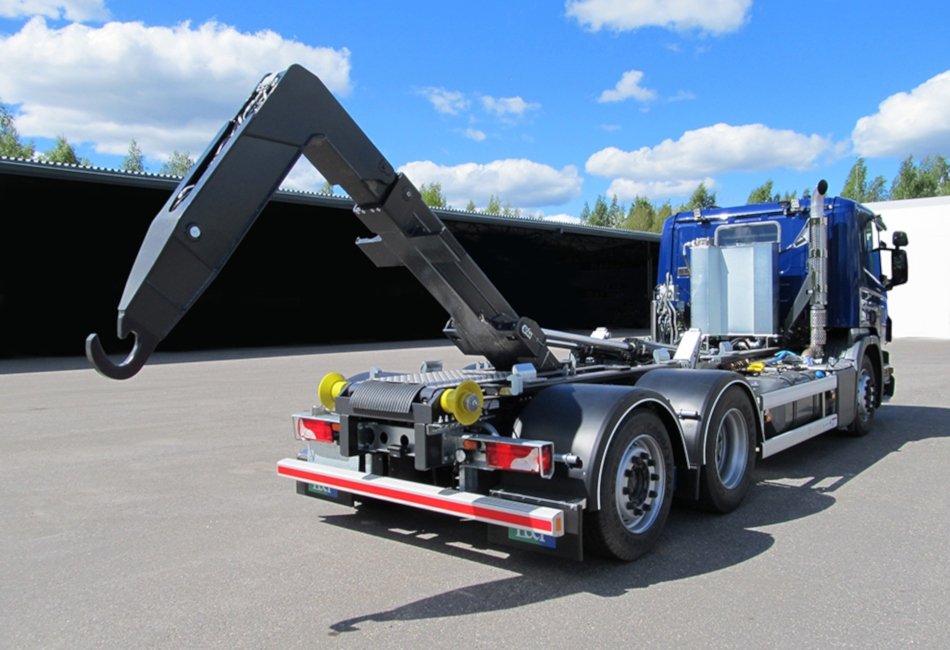 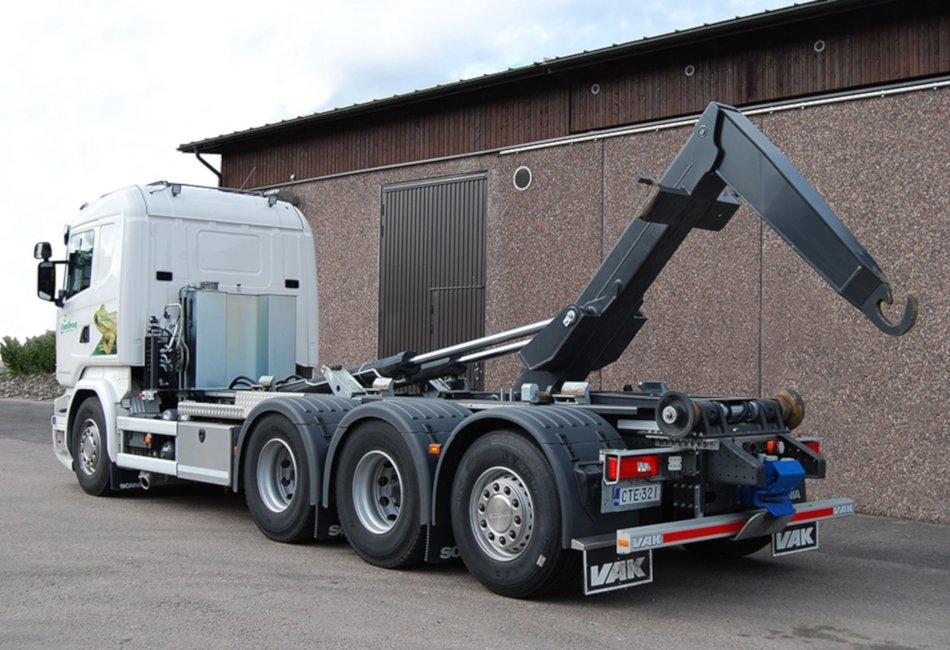 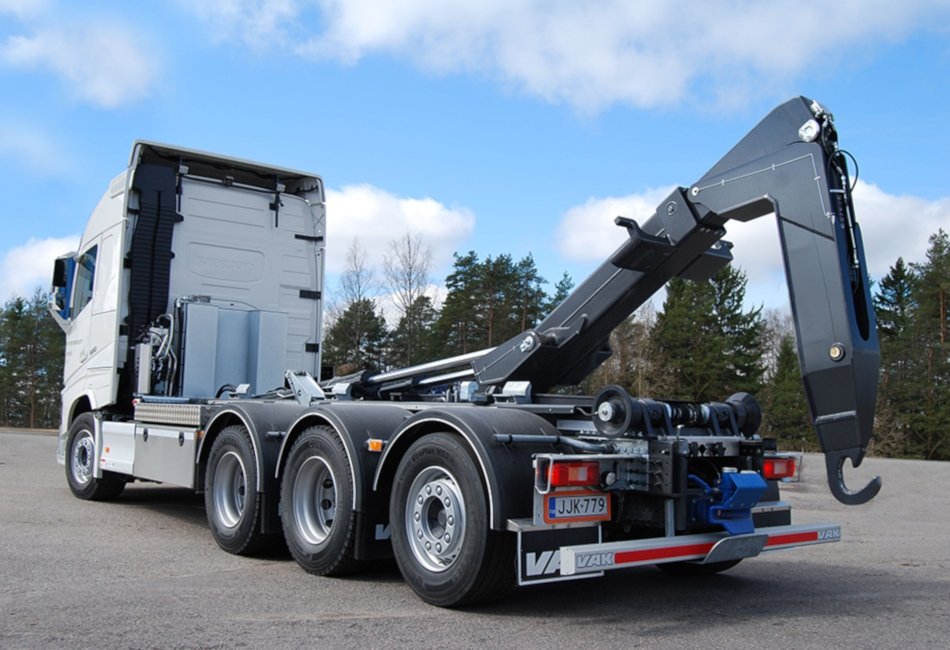 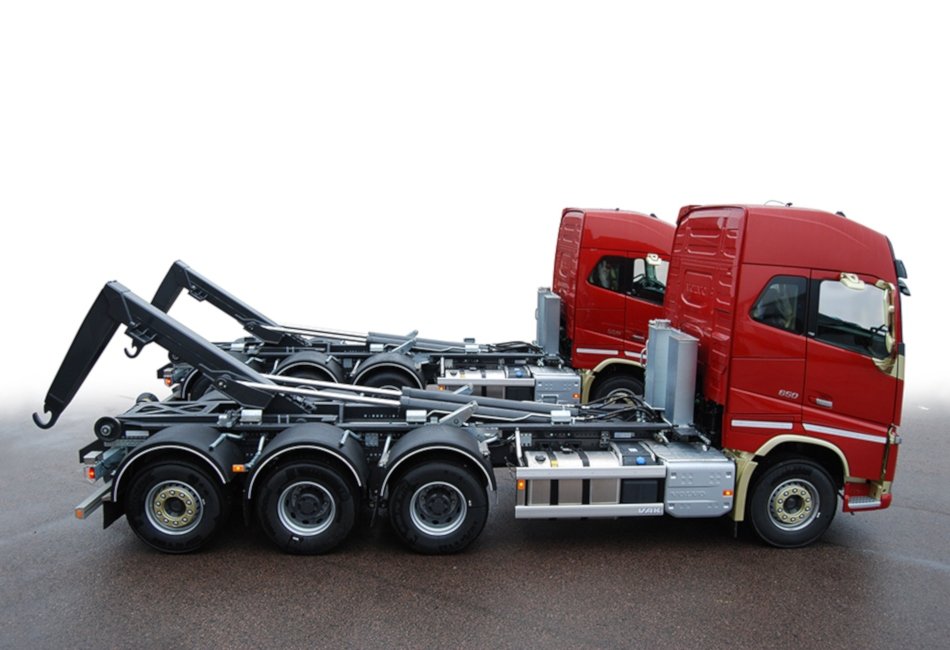 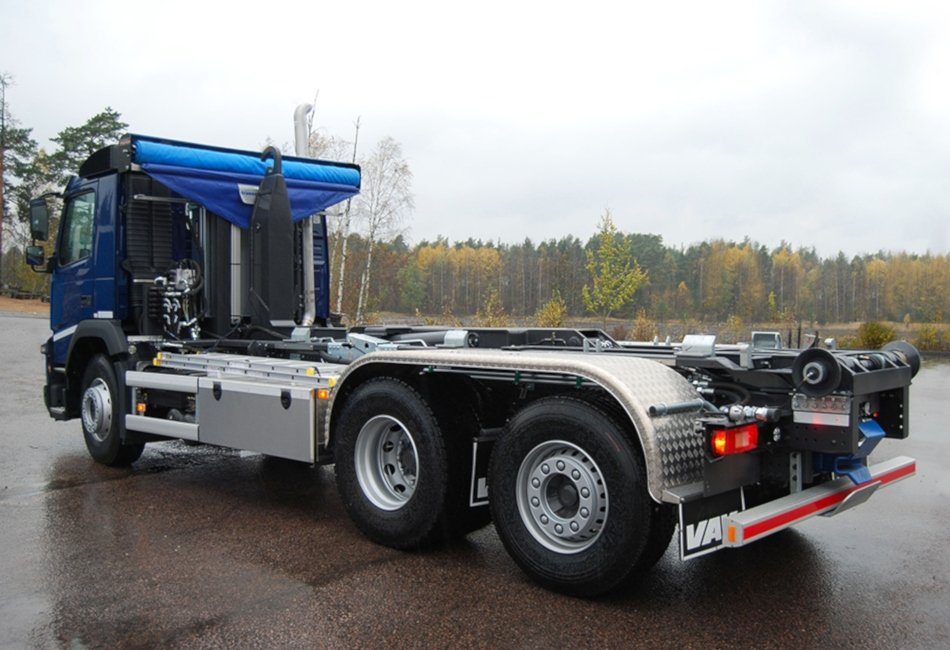 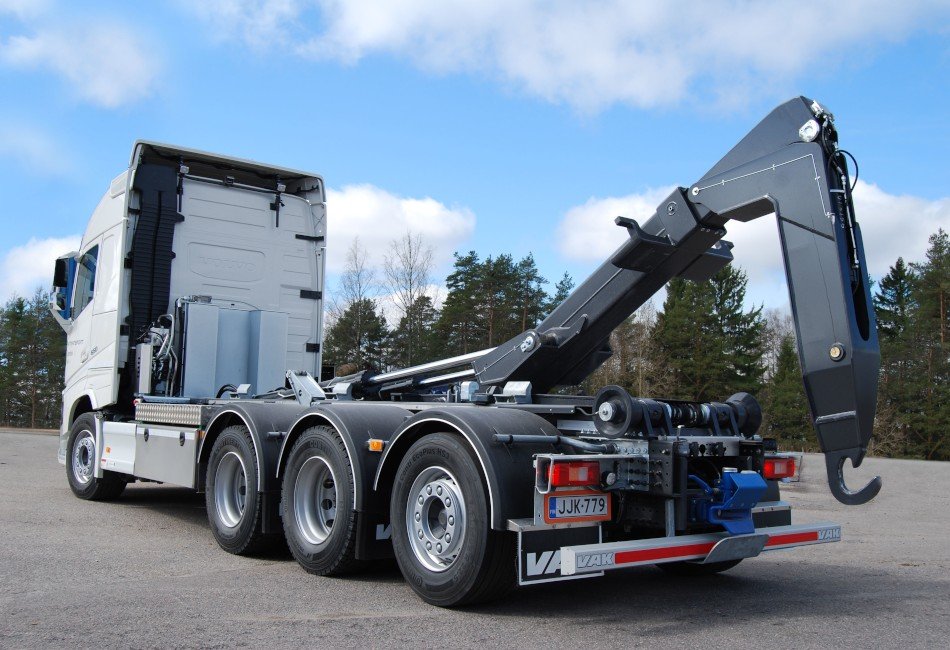 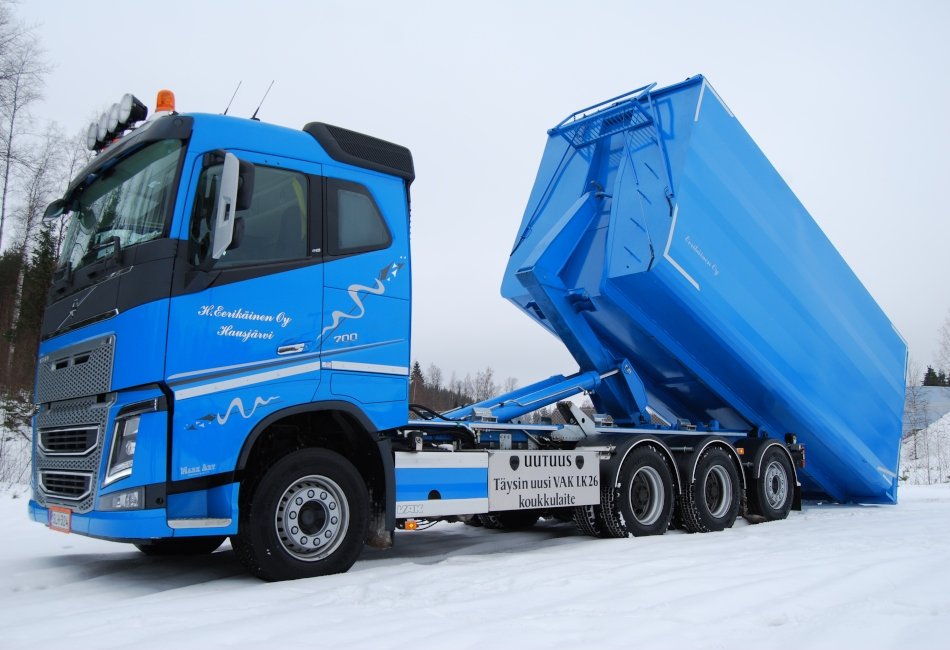